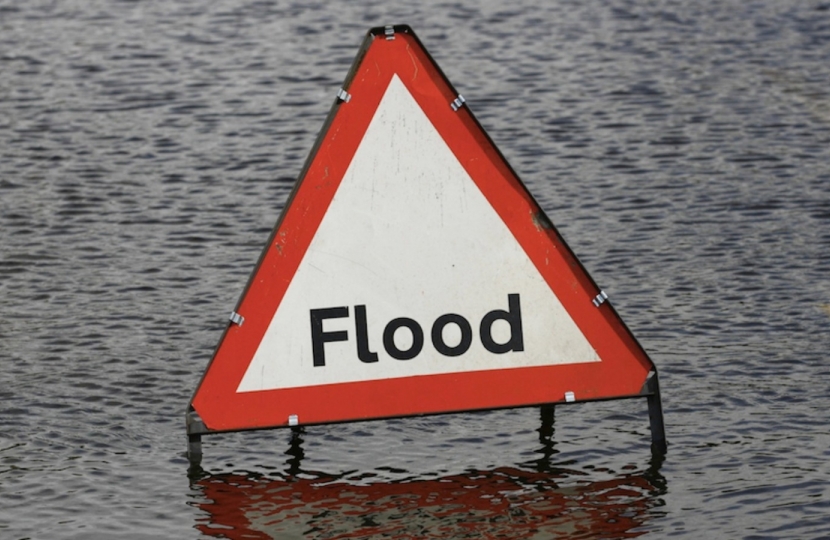 Following from the 2020 publication of my report 'How can we tackle flooding in Rushcliffe?' and after hearing reports from residents of water contaminated with raw sewage flooding roads and entering homes, one of the key action points of the report was a push for changes to legislation around the management of sewage.

The Government’s Storm Overflows Taskforce, established last year to tackle river pollution, has agreed a new objective to prevent damage from the release of diluted wastewater on 22 January.

Water companies have now agreed to make real-time data on sewage discharges available at bathing sites, and annual monitoring data will now be published so that the public can track the use of storm overflows in their local area.

Under existing policy, water companies are issued strict permits by the Environment Agency allowing the controlled release of wastewater into rivers and streams as a last resort during storms, to prevent water backing up and causing flood damage.

However, the practice of water companies being allowed to over-pump sewage is not environmentally friendly. Even though this practice is designed to prevent the flooding of sewage during storms, we risk doing serious damage to environmental and public health if we lean on it too often.

I hope that this increased transparency will encourage water companies to look into other options for handling the risk of wastewater flooding during extreme weather events.

The full announcement from the UK Government can be read here: https://www.gov.uk/government/news/taskforce-sets-goal-to-end-pollution…

Having witnessed the damage caused by local flooding during the 2019 General Election, one of my first actions as MP has been to meet with those affected to address residents’ concerns and develop a plan to prevent future instances.

The winter of 2019 was one of the wettest on record. Even before I was elected as your MP in December, I saw first-hand the impact which flooding is having on different parts of the constituency.

Wonderful to be at Groundswell last week with the Secreatry of State for Agriculture George Eustice, Henry Dimbleby, Ian Davis, and Oliver Heald to discuss how policy makers can better support more farmers to take up regenerative agriculture.