Ruth Edwards Urges Communities Affected by Floods to Get in Touch 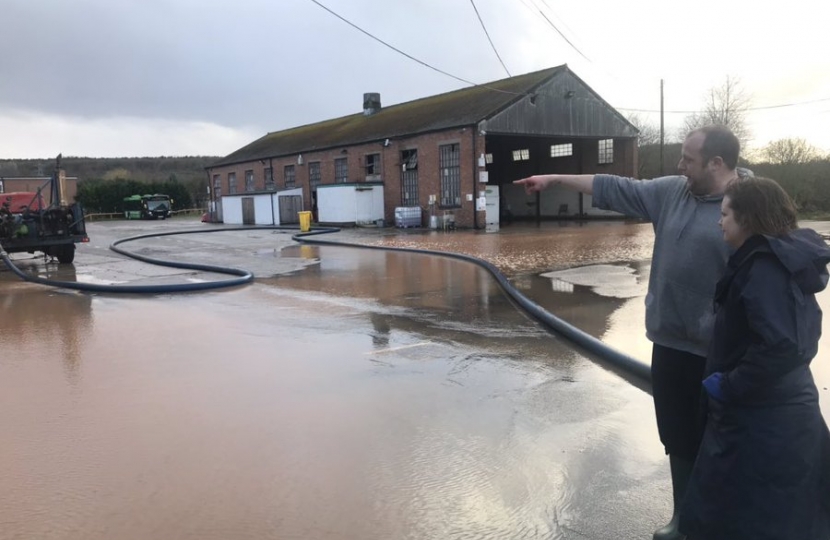 She saw flooded homes and impassable roads in villages including Colston Bassett, East Leake, Gotham and Bunny and visited residents to see first-hand the damage the water was doing.

Some villages, such as Colston Basset were totally cut-off with all roads into the village impassable. In other places, flood waters were so deep that cars were abandoned and water flowed through gardens and into houses.

"To see so many people affected by flooding was heart-breaking,” said Ruth. “This latest round has been terrible for everyone who lives in these areas and I want to do everything I can to help. This is why I've been holding flood meetings across the constituency since I was elected to gather information to take back to the authorities.

“If a wake-up call were needed, this should be it. It's time for a multi-agency response to these local incidents and one that fully listens to residents and comes up with bespoke solutions.

“We also need to look at the way flooding is responded to and make sure that everyone is talking to each other. Lessons need to be learnt and quickly.”

In the last few months, Ruth has been holding a series of flood meetings with constituents to discuss how to prevent further incidents in the constituency.

Initial findings showed residents concerned with issues such as a slow initial response from the relevant organisations like Severn Trent Water and the Environment Agency a lack of communication about flood warnings and delays in providing sandbags and road closure signage.  These concerns were reinforced by the storm this weekend.

So far, Ruth has held meetings in Colston Bassett, Tollerton, Gotham and Bunny. Meetings in East Leake and a joint meeting for Kingston and Ratcliffe-Upon-Soar will happen soon.

Ruth also called for any other communities who are have affected by flooding to get in touch so she can organise a meeting with them.

Following the local meetings, Ruth will hold a round table event with the relevant utility companies, the Environment Agency and councils to discuss what future action should be taken to tackle flooding.