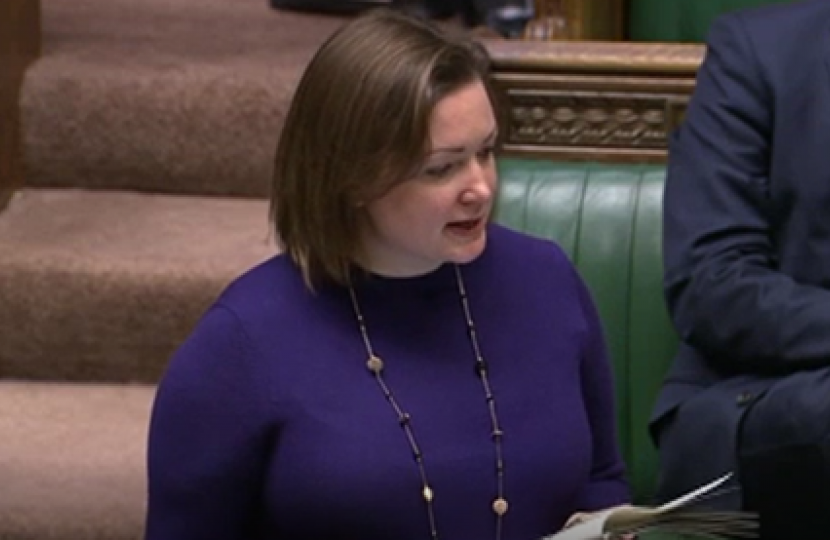 Rushcliffe MP Ruth Edwards has asked the Home Secretary to intervene and help special constables report for duty during the COVID-19 outbreak.

A number of special constables are finding it difficult to secure paid leave from their employers because businesses do not have to release them through the present voluntary Employer Supported Policing Scheme.

Ruth brought up the issue at Prime Minister’s Questions in Parliament last month and has now written to Priti Patel and asked her to look into the matter.

In the letter, Ruth said: “There does appear to be a gap in both the legislation and guidance for employers, which is preventing some special constables from reporting for duty.

“I wanted to write to you to ask whether it would be possible to issue stronger ministerial guidance to businesses and employers.  I also wonder if it might be possible to amend the definition of emergency volunteer to automatically include special constables in future?

“I know that it would mean a great deal to both regular officers and special constables.”

Ruth, who is a member of the Home Affairs Select Committee, said she had been approached by several special constables who raised the issue.  She wants to ensure that every special constable who wants to join their regular colleagues is given the opportunity to do so.

“During this period we need more police but it appears, on some occasions, these brave men and women cannot report for duty without losing out financially and this is unfair,” Ruth explained.

“I believe MPs should be offering constructive suggestions to government which are informed by the feedback they are receiving. Helping to mobilise more of our trained and dedicated force of special constables would help police forces who have taken on many extra duties and also have officers off sick.  Clearer and firmer guidance or a change in the definition of emergency worker would easily solve this issue and get more police on the streets.”