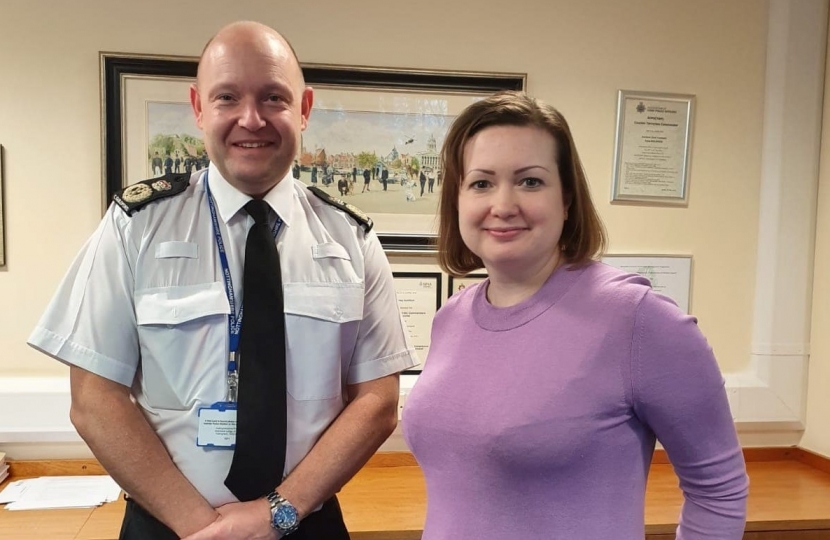 Rushcliffe’s MP, Ruth Edwards, has praised the work of Nottinghamshire Police with their work in the fight against illegal drugs.

Officers from Nottinghamshire Police and the East Midlands Special Operations Unit (EMSOU) carried out warrants across Nottinghamshire. Across the county police seized 7.5kg of cocaine and heroin and £620,000 in the raids.

The national operation has resulted in the seizure of more than £50 million in cash, 74 firearms, more than two tonnes of Class A and B drugs, and nearly 700 arrests across the whole of the UK.

The operation also led to the uncovering of a secret phone system known as ‘EncroChat’ which 60,000 serious and organised criminals have been using to evade police surveillance. Since the 2nd July the servers to this phone system were shut down, cutting off this channel of communication.

“I am sure that residents across Rushcliffe will join me in thanking Nottinghamshire Police for their part in Operation Venetic. Knowing that these drugs are off our streets goes a long way to keeping our communities safe.

“Of course, this is not the end of this serious crime. However, it is a huge success which will send a message that is loud and clear that we will continue to hunt down criminals and their gangs who are intent on making money and bringing fear to our communities through their illegal activities.”

*the picture attached to this article was taken prior to lockdown

Ruth Edwards Praises the Impact of Furlough Scheme in Rushcliffe

Ruth Edwards has praised the Coronavirus Job Retention Scheme (CJRS) for helping thousands of Rushcliffe households through the pandemic.